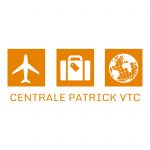 For all your trips in France, choose,
book and pay your driver online 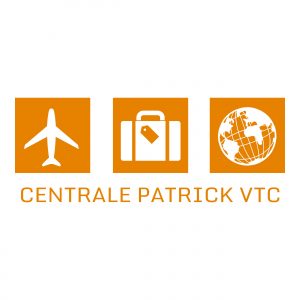 Our prices are transparent, package known from the booking the price indicated during the process is guaranteed.  Upon acceptance of your request, you will receive an SMS and an Email containing the driver’s details and your reservation. No booking fees or approach fees are added.

Book your driver anywhere in Île-de-France on PC, Mobile, Tablet

LONG DISTANCE TAXI
provision of a vehicle for the day 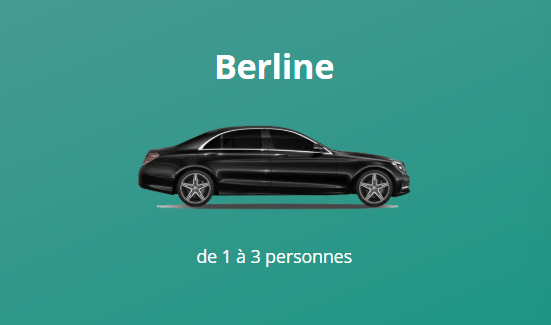 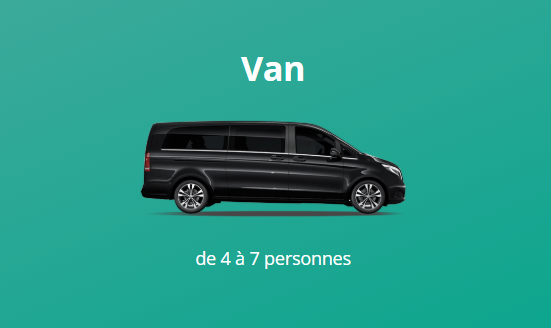 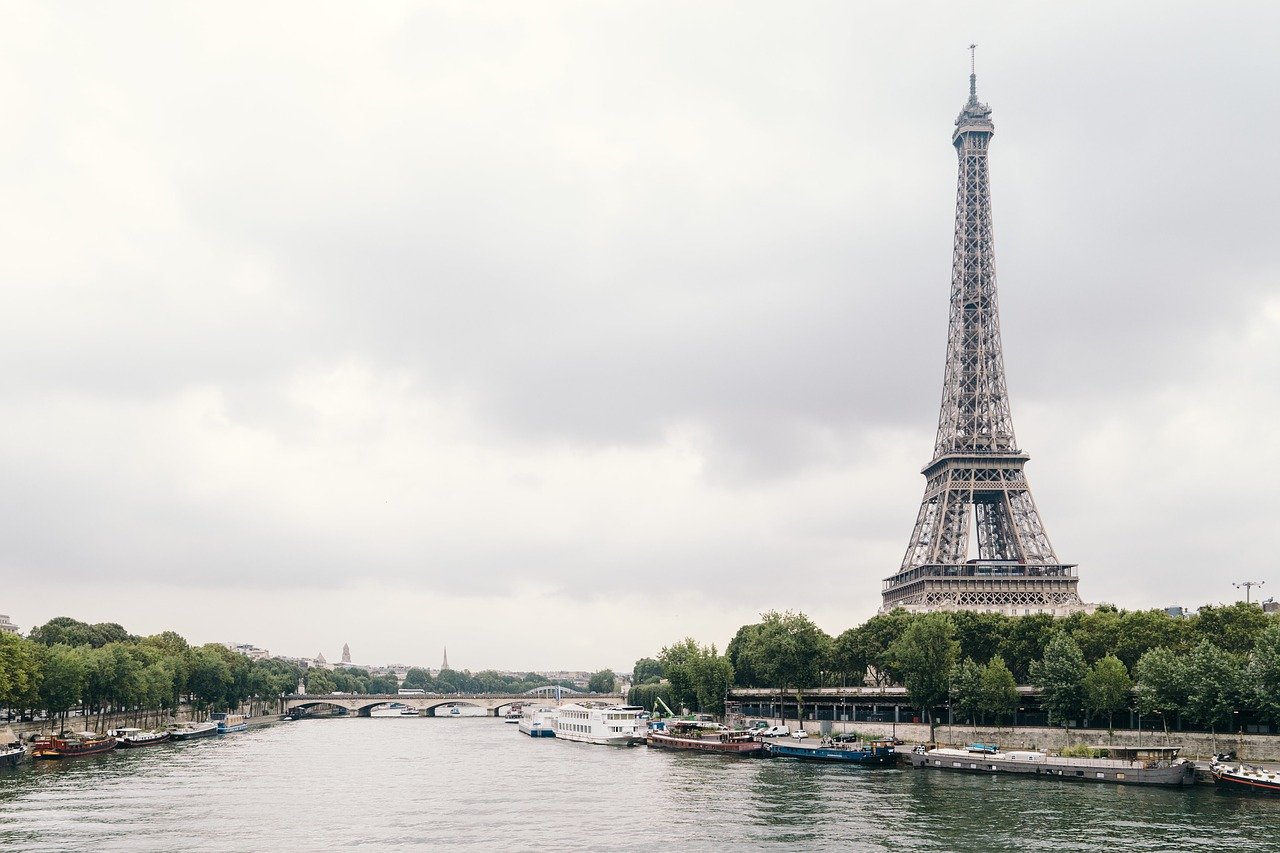 Looking how to do Paris City Tour by private taxi car? Centrale Patrick VTC  is a renowned provider of the private taxi services from and to Parisian airports, but can also offer a private Paris city tour by taxi car. This type of service gives to any traveler the opportunity of exploring fabled places in the City of Lights at their own pace.

Centrale Patrick VTC  will provide you with a highly professional driver and a vehicle for a city tour between 3 and 8 hours. Fleet is consisting of various types of modern cars and vans which can accommodate up to 8 passengers individually.Your driver will pick you up at the doorsteps of the hotel you are staying in, and drop you off at the same spot after the tour. Yours is just to enjoy the experience of Paris. So, what are the places you might visit on such a tour?

The Louvre is one of the main landmarks of Paris. Originally built as a fortress in the 12th century, it functions as a public museum since 1793.Its 72 thousand square meters of the exhibition area is, besides the Mona Lisa, home of almost 38,000 artifacts dating from prehistoric times to the 21st century. Louvre Pyramid serves as the main entrance to the museum.Completed in 1989 and consisting of 673, not 666 as urban legend claims, rhomboid and triangular panes have become Paris’ landmark in its own right.With its design, it evokes both the monuments of the ancient world, Egyptian pyramids, and of the modern age, glass and steel office buildings.

From the Louvre westward stretches so-called Axe Historique, “the historic axis”, line of historical monuments, buildings, and streets which is also known as Voie Triomphale.Axe Historique is known as one of the longest almost uninterrupted urban lines of sight stretching for almost 3 kilometers. After this fabled museum comes the Tuileries Garden.Built on the right bank of the River Seine by the orders of French Queen Catherine de Medici ín 1564 as a garden of the new palace, it has become a public park after the French Revolution.Today it is one of the favorite spots for the relaxation and strolling of Parisians. Across the river, on its left bank, is located the Musée d’Orsay. Former railway station in Beaux-Arts style today is an art museum holding mainly works of French artists of impressionist and post-impressionist eras.Works of Cézanne, Renoir, Manet, Monet, Gauguin can be seen here, but also of van Gogh, Hodler, Klimt, Mondrian and so on. It is also the home of Rodin’s Gates of Hell.

Some 350 meters from Tuileries Garden is Place Vendôme. First laid out in 1702 as a monument to the armies of King Louis XIV, this square is home of the Vendôme Column which was erected by Napoleon as a commemoration of his victory at Austerlitz.

The Tuileries Garden extends to the Place de la Concorde, the largest public square in Paris which was a place of many notable executions during the French Revolution. King Louis XVI, Queen Marie Antoinette, Robespierre, Lavoisier, were some of the people who have lost their heads to Madame la Guillotine at this place.

Avenue des Champs-Élysées is the most famous avenue of the French capital. Stretching almost 2 kilometers from the Concorde is flanked by many upscale and fast fashion retail stores, but also by Jardin des Champs-Élysées on both sides. On the left side of the street are located the Grand Palais and Petit Palais, past which is the Pont Alexandre III. Widely regarded as the most ornate of 37 bridges that span the Seine through Paris, is named after Russian Tsar Alexander III. Built between 1896 and 1900, this Beaux-Arts style bridge is decorated by numerous Art Nouveau lamps.

Named after the Elysian Fields, resting place of the dead heroes in Greek mythology, Champs-Élysées is ending Place Charles de Gaulle, former Place de l’Étoile, where the Arc de Triomphe de l’Étoile is situated. The Arc de Triomphe, which shouldn’t be confused with Arc de Triomphe du Carrousel located in Tuileries Garden, is honoring those who have died in the French Revolution and Napoleonic wars. Under it is the Tomb of the Unknown Soldier from WWI.

The most iconic sight and always recognizable part of the Paris skyline is, of course, the Eiffel Tower. Envisioned and erected as the centerpiece and entrance of the 1889 World’s Fair, today is the building after which almost every person in the world recognizes Paris. Towering above the Champ de Mars, the Eiffel Tower is faced by Jardins du Trocadéro across the Seine. Garden whose main feature is long water basin with twelve fountains which creates 12 meters high water columns and numerous other smaller fountains. Just a few hundred meters from Champ de Mars is Hôtel Biron, which with the Villa des Brillants at Meudon makes the Musée Rodin. Rodin’s museum collection consists of almost 30 thousand drawings, pictures, sculptures, and other artworks. But the most famous is the very first casting of The Thinker (les Penseur). Firstly named as The Poet, and representing the central figure of the Gates of Hell, based on Dante’s Divine Comedy.

Some distance to the east is Jardin du Luxembourg, the garden commissioned in 1612 by Queen Marie de’ Medici for the newly constructed Luxembourg Palace. The garden is today owned by the French Senate, which meets in the Palace. Sprawling over 23 hectares of lawns and promenades, it is a home of the Medici Fountain. Luxembourg Garden is well known from Victor Hugo’s Les Miserables, as a place where Pontmercy and Cosette meet for the first time.

Some distance north from Luxembourg Garden is the Île de la Cité, one of the two remaining islands in the Seine. It is the heart of Paris and the place where the city was refounded in the medieval times. The island is home of the Sainte-Chapelle, a royal chapel from the 13th century built in Gothic style by King Louis IX to house his collection of more than thirty relics of Christ. Here is also located one of the most recognized symbols of Paris, Cathédrale Notre-Dame de Paris, a Gothic cathedral which construction began in 1160 and was mostly finished in 1260. After the fire on 15th April 2019, in which the spire and wooden frame of the lead roof were destroyed, the cathedral is closed for visitors.

Just northeast from Île de la Cité, across the Seine, is Le Marais. This former aristocratic district of Paris which is the location of many historic and representative buildings. After the French Revolution has became location of one of Paris’ main Jewish communities. Today it is one of the main localities of art galleries, and on its western edge is located the Centre Pompidou. Pompidou is a complex of buildings in the style of high-tech architecture which is home to the Musée National d’Art Moderne, the largest modern art museum in Europe. It is the second-largest museum of modern and contemporary art and houses more than 100 thousand artworks spanning from the beginnings of modernism in 1905 till the present day.

Some distance to the north is the highest hill in Paris, Montmartre where according to the legend patron saint of France and Paris, Saint Denis was decapitated. On its summit is located Sacré-Cœur basilica which is often seen as dedicated to honoring 58 thousand French soldiers who lost their lives during the Franco-Prussian war. But, its construction was intended by French Assemblée Nationale in 1873 to “expiate the crimes of the Commune” committed during the uprising of Communards in 1870 and including the execution of Archbishop of Paris at the summit of Montmartre.At the end of the 19th-century and beginning of the 20th Montmartre was known as the area where many artists of Belle Epoque either lived or had studios.The joie de vivre of that time still lives in this neighborhood as it is today a well know nightclub district. Just a couple of hundred meters from the southwest slopes of Montmartre is located Moulin Rouge, the fabled cabaret founded in 1889. Famed as the birthplace of the can-can dance and burlesque shows, today is the symbol of the exuberance of the turn of the century.